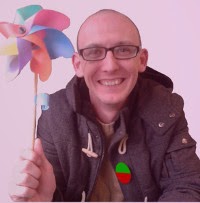 In a post entitled “The final straw. Thoughts on RZ16 and my political leanings,” S:r Grischun declaimed his views on RZ16, the Electoral Reform Amendment, which is currently before the Ziu. “I completely disagree with this Bill,” said S:r Grischun, “So much so that I fear what Talossa will become if it passes into law.”

But RZ16 was not the only issue on which S:r Grischun differed from the government. Noting that his vote usually fell in line with those of the opposition, he explained “[t]he government, this government, has embarked on a road that I believe will end in irreversible damage to Talossa. They are leading us down a gradualist route towards Talossan Republicanism.”

Continuing his staccato statement, the Senator repeatedly stated that “RZ16 is the final straw,” before unleashing his bombshell resignation from the Progressive Party and application to join the RUMP, which was soon accepted.

In the wake of his announcement, S:r Grischun was kind enough to agree to an interview with Beric’ht Talossan, and speak more on his “slow evolution of realisation”.

Beric’ht Talossan: Senator Grischun, You left the RUMP once before. Why return now? Has the party changed, or you, or both? You detailed at length your opposition to RZ16, but noted that you also found yourself disagreeing with many of the government's stances. Was there any other specific issue that motivated your departure?

Éovart Grischun: Sure, things change, somewhat, over time. I think the RUMP have moved a little towards the center from their political position several years ago. I was a RUMP member in the past because I found them to be in rough alignment with some of my views as a young Talossan. Today, Most of the old issues that forced me away from the RUMP no longer exist. The old battlegrounds where the PP and RUMP fought are long forgotten. I think the thing is, though, neither the RUMP nor myself have changed all that much in essence. For some reason that is appealing to me today. The RUMP value Talossan traditions highly. They don't want to see huge and unnecessary changes to our institutions or the way we do things. They are the safest option to a voter that doesn't want to see Talossa's very nature overhauled.

BT: Through your oversight of the merger of the Common Sense Party and the Progressive Party, some [on TalossaWiki] have credited you with saving the Talossan progressive movement. Where does your realignment leave the state of progressive politics?

ÉG: First, I wouldn't go as far as saying I should be credited with such a claim. I made a bold and necessary move at that time which simply kick started a chain of events that helped save Progressivism in Talossa, but two other prominent Talossans deserve credit with regards to "saving" the Progressive movement, Owen Edwards and Danihel Forestal.
My realignment doesn't equal a change of view on a lot of my Progressive ideals. Indeed, the Progressive Party should be aware that they have a friend in the RUMP party now. The Progs and RUMP share many ideologies and have found common ground many times in the past and very likely will again. I can't (and shouldn't) speak for where the Progressive Party goes next from this point. However, the progressive movement will always be alive in Talossa while there is a taste for neo-peculiarist values and an altruistic and humanitarian vision for the Nation.
The problem the Progs have faced for several years is that the banner of Progressive is too wide. There is no such thing as a single progressive ideology or viewpoint. The label of 'progressive' applies to folks with particular similarities, however there has always been differences within the faction. This is why, I feel, the party fragments every so often. For example, Gluc da Dhi, to me, is a Progressive politician, Yet, he is in the MRPT. This is because his view of Progressivism is largely different from other Progs. My views have drifted too far from the 'core' PP bloc for me to stay with the party, but, I still consider myself Progressive.

BT: Do you envision yourself continuing as a progressive voice within the RUMP? What goals do you hope to accomplish?

ÉG: Yes. I totally see myself as being a Progressive voice within the RUMP. That's not to say I'm going to lock horns with the RUMP coven all the time. I have studied the RUMP platform and kept my eye on the party for some time. I agree with a massive chunk of their current policy slate. I believe there is room in the RUMP for progressive voices.
As to goals, I don't have anything major in the pipeline. I intend to complete my Senatorial term by continuing to defend the Organic Law and Monarch. I feel that I can best do that job with the RUMP due to the RUMPs' stance on All Things Organic being the best match to my own stances. The direction Talossa takes over the next while is the most important thing for me. The RUMP wish to defend the Talossan institutions and traditions that I don't wish to see abandoned.
A crude analogy could be put like this. The governing parties wish to completely remodel the house we live in. Maybe rip a few walls down, convert the loft and garage and install new fixtures and fittings. Myself, and the RUMP, like the house we have. We are aware it is old and that it requires some upkeep, but, we're fine with a few pieces of new furniture, maybe as far as new colours on the walls. But, we don't want to tear the guts out of her to the point the house is completely different and has lost most of the character she had.

[Interview has been edited for clarity and readability.]