Subscribe today and get your news early, directly in your inbox! Click here!
Home » issue #30 » politics » Ziu » "48th Cosa Election Results: RUMP Is Down, FDA Is Up, & TSP Surprises!" by Glüc da Dhi

"48th Cosa Election Results: RUMP Is Down, FDA Is Up, & TSP Surprises!" by Glüc da Dhi

The past coalition of Liberals, Republicans (now united in the FDA), Moderate Radicals and Progressives will keep its majority in the Cosa. This seems to be the most important (though not very surprising) conclusion of the election results that were revealed two weeks ago. The election did not result in big changes in the composition of the Cosa, although there were some surprises. 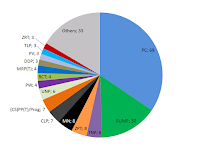 The RUMP remains the largest party, with 68 seats. Still, this was not a good result for the party, which again lost Cosa seats, for the sixth consecutive time now. This means the party is now far away from regaining the absolute majority it once had, though it does still have the 67 seats needed to block amendments to the OrgLaw. Still, the party leader of the RUMP, Sir Alexandreu Davinescu, is not unhappy about the results. According to him “the continued confidence of so many voters is not at all disappointing, but instead is something that we are really happy to celebrate.” He did admit that “it's not our best or exactly what we might wish,” but also pointed at the RUMP again getting a plurality of the vote. When asked to interpret the results he also noted that “these results clearly show that an overwhelming majority supports the monarchy of Talossa, and that a plurality of the country considers it one of the most important priorities for the country.” With regards to provincial elections, the RUMP is the largest party in the assemblies of Atatürk, Florencia and Maritiimi-Maxhestic. 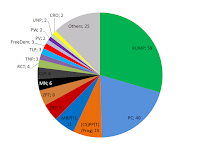