In light of the tremendous controversy recently generated in Talossa by King John's refusal to proclaim an amendment to the Organic Law, Beric'ht Talossan presents a brief survey of instances in the histories of other constitutional monarchies where disputes over royal power led to constitutional crises or near-crises. 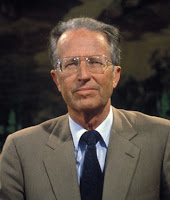 Under the Belgian constitution, laws passed by the Federal Parliament must be sanctioned and promulgated by the king.  There is no constitutional procedure for overriding the king's refusal to promulgate a law passed by the legislature.
In 1990, the Federal Parliament passed a bill liberalising Belgium's abortion laws.  King Baudouin, a devout Catholic, felt that he could not assent to such a law.  Instead, he proposed that if the cabinet insisted on pushing the law through, it should invoke a provision of the Belgian constitution whereby the Council of Ministers (cabinet) can determine that the king is unable to reign.  In this way King Baudouin was removed from power for long enough for the Council to promulgate the new abortion law without his assent.  The next day, the Council voted that King Baudouin's inability to reign had ended, and he resumed his constitutional powers.

Norway
The constitution of Norway, adopted in 1814, is considered by some to be the second-oldest written constitution currently in effect (after that of the United States of America).  Shortly after its adoption, a war with Sweden resulted in King Charles XIII of Sweden also becoming King Charles II of Norway, creating a personal union of the two kingdoms, but he allowed Norway to keep its independent constitution.  Two major constitutional crises arose over the exercise of royal power during the reign of King Oscar II (1872-1905). 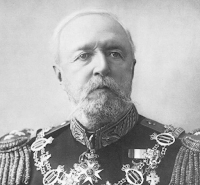 The Norwegian constitution originally provided that a bill vetoed by the king would nonetheless become law if passed unchanged by three consecutive sessions of the Storting (parliament) after three consecutive elections.  In 1874, 1879, and 1880, the Storting passed an amendment allowing cabinet ministers to participate in parliamentary debates (which was seen as a step toward requiring the cabinet to have the confidence of parliament, which was not yet the rule in Norway).  King Oscar II declined to promulgate the amendment each time.
After the third passage of the amendment, King Oscar II took the position that the section of the constitution providing for a bill to become law without royal assent if passed by three consecutive Stortings did not apply to constitutional amendments, and that no constitutional amendment could be effective unless promulgated by the king.  He was supported in this interpretation by the cabinet and the Faculty of Law of the Royal Frederick University (now the University of Oslo).  The Storting passed a resolution that the amendment was law despite its lack of royal promulgation, and in 1884 it impeached and removed from office the government of Prime Minister Christian August Selmer.  King Oscar II appointed another conservative government, but after a couple of months this cabinet resigned. Finally Oscar yielded to popular and parliamentary pressure, appointed a new government supported by the liberal majority in the Storting, and signed the disputed amendment.  By doing so, he refused to concede that the Storting could override a veto of a constitutional amendment, but no amendment since has been vetoed by a Norwegian monarch.

King Oscar II's next crisis brought about the end of the personal union of Sweden and Norway.  Under the union, Norway had always been represented internationally by the embassies and consulates of the Kingdom of Sweden.  Beginning in the early 1890s, the Storting began pushing for a separate Norwegian consular service, but the king took the position that this change on a matter of foreign relations would require the consent of Sweden.  In 1905, a new government took office with the primary objective of establishing a Norwegian consular service.  When Oscar refused to assent to a bill to that effect, against the advice of his government, the government resigned.
Norwegian sentiment was so uniformly in favour of the vetoed bill that the king could not find anyone willing to accept appointment to the cabinet while he continued to withhold assent, and he declared himself unable to form a new government under the prevailing conditions.  Thereupon, the Storting passed a unanimous resolution declaring that Oscar “no longer functions as a Norwegian King,”and “the constitutional monarchy has ceased to exist.” Oscar refused to accept this resolution, and for a time Norway and Sweden stood on the brink of war, but after a few months of negotiations he abdicated and renounced any claim to the Norwegian throne on behalf of himself and his successors.  The Storting offered the crown to a junior prince of Denmark (a plebiscite having confirmed that the public overwhelmingly supported monarchy over a republic), who became the new King of Norway as Haakon VII.

During the 1990s, Prince Hans-Adams II of Liechtenstein butted heads repeatedly with his government and the Landstag (Diet) over the interpretation of the Constitution of Liechtenstein.  Among other things, it was unclear whether laws passed by referendum rather than the Landstag were subject to princely assent, whether laws received assent by implication if the prince took no action on them, and whether the prince had any role in the constitutional amendment process.  In 1996, the Landstag considered proposing amendments to impose a narrowing construction of the princely powers, but Hans-Adam threatened to move to the princely family's estates in Austria, declaring that he did not intent to become a “ribbon-cutting figurehead or a plaything of the mass media”.  Political momentum shifted in the prince's favour, and over the next several years the public debate shifted to a discussion about broadening the prince's powers rather than narrowing them.
In 2003, the people of Liechtenstein approved a referendum amending the constitution to explicitly grant the prince significantly greater power than any other European monarch.  Under the 2003 reforms, the government requires the confidence of the prince as well as the Landstag to remain in power, referenda as well as parliamentary bills require princely assent to become law, constitutional amendments require princely assent, and assent is deemed withheld if not granted within six months.  As a counterbalance to these powers, the constitution now has a separate amendment process specific to proposals to abolish the monarchy, which does not require princely assent.
The contrast between the active approach to governing taken by the Prince of Liechtenstein and the more passive role of most other modern constitutional monarchs is starkly illustrated by the contrast between the 1990 actions of King Baudouin of Belgium described above, and the actions of Prince Alois of Liechtenstein in an analogous situation in 2011.  (Prince Hans-Adams II is still head of state of Liechtenstein, but named his son, Prince Alois, as regent in 2004, delegating most day-to-day authority to him.)  In 2011, as Liechtensteiners prepared to vote on a referendum that would legalise most abortions, Prince Alois promised that he would veto the law if passed.  After this threat, the referendum failed by a handful of votes.  The next year, reformers proposed a constitutional amendment to end the prince's ability to veto laws passed by referendum and to pocket-veto any law.  In a referendum with the highest voter turnout since universal adult suffrage was instituted in Liechtenstein, voters rejected the proposed amendment and affirmed the prince's veto power by a vote of 76% to 24%.