This article continues the theme of my article in the last issue, providing additional examples constitutional crises in other monarchies arising over questions of royal power. 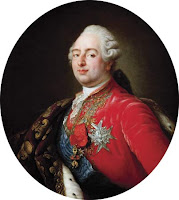 The French Revolution began after crushing war debts and excessive government spending forced King Louis XVI to summon the Estates-General in 1789, for the first time in 175 years.  The Estates-General  consisted of representatives of three segments of French society: the clergy, the nobility, and the commoners.  Although Louis XVI expected the three estates to deliberate and vote separately, as with the House of Lords and House of Commons in the British Parliament, the Third Estate (commoners) declared themselves to constitute a unicameral National Assembly.  Representatives from the other estates were invited to join the National Assembly, but the greater number of commoners ensured that the commoners would hold the balance of power in the body.
At first, Louis XVI tried to prevent the National Assembly from meeting, and moved troops toward Paris, which was seen as an attempt to intimidate the reformists.  Supporters of the Assembly stormed the Bastille to gain access to the arms and ammunition stored there, and a general insurrection began to sweep the countryside.  The king backed down, endorsed the National Assembly, and gave his assent to reforms that abolished feudalism and eliminated many of the traditional privileges of the nobility and clergy.  The National Assembly proclaimed Louis XVI to be the “Restorer of French Liberty”, and set about drafting a liberal written constitution.  The absolute monarchy of the Ancien Régime was dead.
As the drafting of a constitution proceeded, one of the most-debated issues was the question of a royal veto.  The members of the National Assembly generally agreed that legislative acts should require royal assent, but disagreed on whether the king's power to veto legislation by withholding assent should be absolute or limited.  Supporters of a limited veto, including the Marquis de Lafayette, argued that an absolute veto was inconsistent with the basic principles of popular government.  Supporters of an absolute veto, led by the Comte de Mirabeau, argued that limiting the veto would encourage its use, and that it was unlikely that the king would persist indefinitely in refusing his assent to a law that clearly had the sustained support of the people, lest he be overthrown.  Louis XVI ended the debate by communicating that he was willing to accept a limited veto.  By a two to one margin the Assembly agreed on a suspensive veto whereby the king would be deemed to have assented to any bill passed unchanged by three consecutive sessions of the legislature.
The king promulgated the new constitution in September 1791, but the system of constitutional monarchy it established lasted barely a year, and use of the royal veto served as the flashpoint in its downfall.  In May 1792, the new legislature passed bills calling for the dissolution of the royal guard, the establishment of a camp of militia (thought by the king to be anti-monarchist) in Paris, and the deportation of clergy who refused to take an oath of allegiance to the civil state.  Louis XVI assented to the first bill but denied assent to the other two.  He persisted in his refusal as demonstrations and riots swept Paris.  Ultimately, unwilling to wait for the veto override procedure specified in the constitution, revolutionary troops stor
med the Tuileries Palace in August and took the royal family prisoner.  Control of the country fell into the hands of increasingly radical factions, leading to the abolition of the monarchy, the execution of the king and queen, and then the tens of thousands of summary executions of the Reign of Terror. 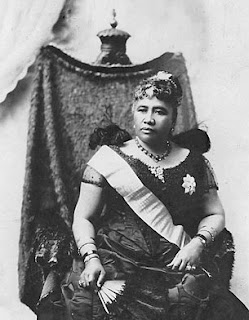 Among the United States, the State of Hawaii is unique in having been a modern independent constitutional monarchy prior to its annexation.  From the unification of the Hawaiian islands in 1795, the kings of Hawaii sought to maintain their country's independence by balancing the interests of colonial powers—Britain, France, and America—against each other.  However, foreign settlers in Hawaii, such as missionaries, merchants, and sugar planters, gradually gained more and more influence over public affairs.
Under the 1864 Constitution of Hawaii, proclaimed by King Kamehameha V, laws and constitutional amendments both required royal assent to be effective, giving the king an absolute veto in both cases.  But in 1887, a group of prominent citizens gathered to demand that King Kalākaua dismiss his cabinet and adopt a new constitution.  The petitioners were supported by the Honolulu Rifle Company, a militia group composed of members of the American settler community, which sent the clear signal that Kalākaua's alternatives were to comply or be deposed by force.  The new constitution, known as the Bayonet Constitution for the means by which it was imposed, eliminated the king's role in the constitutional amendment process and allowed the legislature to override a veto of legislation by a 2/3 vote.  It also dramatically increased property requirements for voting, which had the effect of disenfranchising most native Hawaiians (and proportionally increasing the control of the settler community over the legislature).
Six years later, in 1893, Queen Liliʻuokalani attempted to proclaim a new constitution in an effort to reverse the trend toward foreign domination of Hawaii.  The proposed 1893 constitution would have retained a 2/3 legislative override for royal vetoes of ordinary legislation, but would have reinstated the monarch's absolute veto over constitutional amendments and lower property qualifications for voting from the 1864 constitution.  (In terms of royal veto powers, therefore, it would have been identical to Talossa's Organic Law.)  In response to this proposal, a group of American and European settlers (mostly the same individuals who were the architects of the Bayonet Constitution) formed a Committee of Safety that seized control of the country, declaring that the queen had “virtually abdicated” by attempting to undermine the existing constitution.  Hawaii was formally declared to be a republic a year later, and annexed by the United States in 1898.